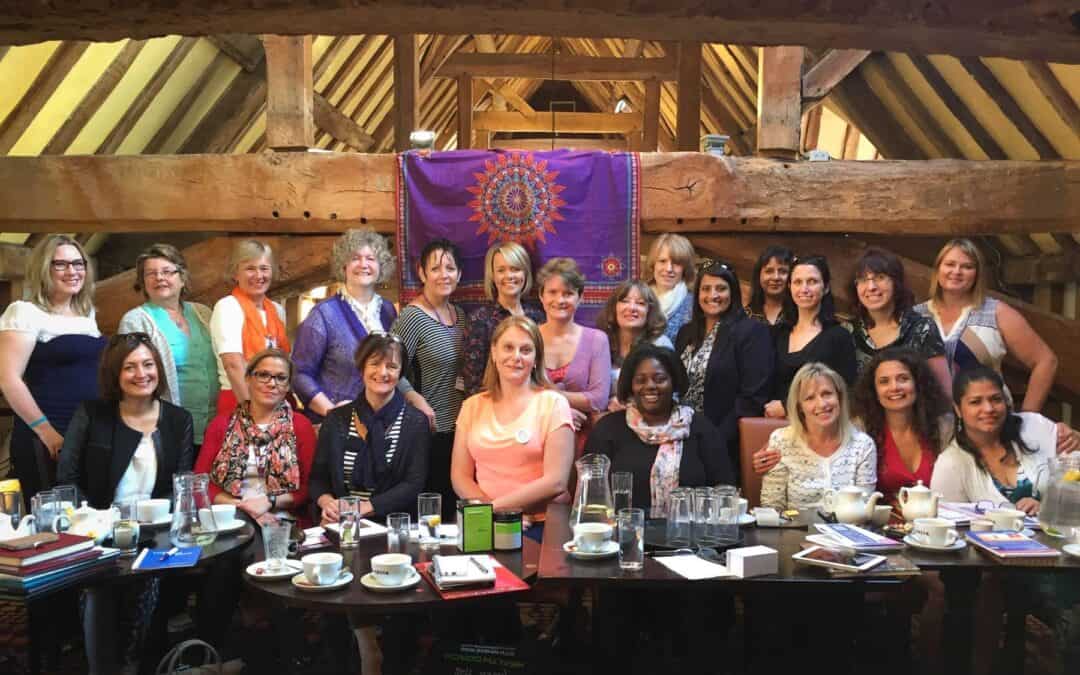 One dark morning , I was the only woman at a networking meeting!

Some years ago went along at 6.45 one dark morning to a networking group in Colchester,   I was the only woman there.   The men were so supportive, interested in what I did and they were fun and interesting too so eventually I joined.  This was the start of how Winning Women Essex business community came about. If you’re just looking to book a place at a meeting you can do that here! https://www.winningwomen.online

I was a full time complementary therapist at the time and one morning I had them all massaging each other’s backs in their suits!  It was so fun and interesting that I was a member for three years then a few more women came too!  .We met every week.

When I started my own networking group in 2013, it was called Essex Heart Centred Entrepreneurs.  We grew slowly, from three of us in my lounge to meeting in local cafes.  Some mornings I would be sitting by myself at ten past ten and then one other person came.  One day, August 2014, we were twenty one and that’s when it was time to join a bigger franchise so I could have really excellent speakers coming from all over the country.

Only had two men attended that first year so we decided it was a women’s networking group, by default!

It was ok to talk about your angel cards

From the beginning, the group was known as somewhere that it was ok to talk about your angel cards!   I’ve always wanted it to be a business group though so anything I’ve found too wuwu, I’ve curtailed.  I wanted everyone to feel comfortable, whether they were on a spiritual path or not.

Winning Women was a franchise run by a very sensitive, strong woman called Allison Marlowe. There were twelve groups UK wide at the peak.  Allison was delighted for me to start the Southend group and we launched in October 2014, 7pm with fifty women at Leigh Community Centre.   Jenny Kovacs, the Queen of Being Seen, (we started as we meant to go on!) helped me and was our first speaker.

Ten percent of Winning Women fees goes to the Mumba Children’s Project and at our launch we bought goats, chickens and maize seed for a women’s group in Zambia. Fees now go to support a tiny school, feeding the children each day and helping pay teacher’s wages.

We had a one evening meeting with speakers each month and grew to have monthly morning meetings in Chelmsford, Brentwood and central London too.

Winning Women is about freedom, support and feeling safe to run a business, free from judgement.

Winning Women for me is firstly about freedom.   Freedom to choose how you want your life to be.  To choose who your clients are, who your work colleagues are, what hours you work.  To choose how much money you want to make and to take control of your own destiny.

Women often comment that they feel safe to talk about their business when they come to Winning Women. I’ve felt scared for much of my life so I really understand that fear. I try to help women feel safe to express themselves, to experiment and be seen without fear of judgement. My first Money Archetype is a Nurturer and it’s embodied in the caring community essence of Winning Women. My Alchemist and Ruler Branding Archetypes help your dreams come true and create order from chaos!

I never planned or expected to have my own business

I started my complementary therapy business in 1993 after I qualified as a holistic massage therapist.   My career in nursing had been curtailed as eczema on my hands just wasn’t compatible with nursing.    I had been devastated by this but gradually found new opportunities…  Initially I took a four year Business degree which included working for Nokia Germany and thought I was off for a job in a big corporate.  However, a massage course that I took as a holiday after I graduated made me so happy that I set off for a career in massage!  That was August of 1992 and my nursing helped me supplement my income for the six years it took to build a full time business.

Winning Women is the group I would have liked when I first had my business.  Somewhere to get business advice, to do market research, to make friends with understanding, like minded women.   I was hugely disappointed when I had to leave nursing and never expected to start my own business.  We had no social media back then, I only discovered email in 1996 and got my first computer in about 1998!  Marketing was very different.

Winning Women has evolved with me and the women. We are now International!

I had trained to be a Money and Business Coach in Arizona, USA from 2011 and Winning Women became some of my first clients! That’s why I’m so keen to share money mindset coaching in the group as I wish I had that awareness myself back when I began, life would have been so much easier had I understood my own money beliefs that were holding me back and had valued myself and my services higher.

So, wherever you are joining us from, please get involved in Winning Women.  With Zoom calls we can now reach far beyond Essex and have a monthly 7.30pm UTC International Call. Join the Facebook community group and share your stories and insights on Blogging Tuesday, advertise your products on #Freeforall Friday.   I thought that up by the way and now it pops up everywhere!

Ask for what you need in the group and let it be a place to share your own unique, magic, to test your ideas with a supportive audience who will cheer you on.  When we met in person, one month in three the Winning Women had a ten minute slot to practice their public speaking, tutored by Helene Musso who now runs the visibility challenges.

You can book a place at a Winning Women meeting here. https://www.winningwomen.online

Rosemary is a Money Breakthrough Business Coach, specialising in helping women who want their own heart centred business. She runs solo coaching days, longer courses and group masterminds. You can book a call to see how you can work with her here.